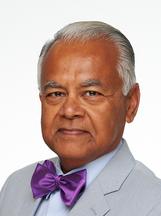 For more than two decades he has been active in the development of many CNS drugs while holding senior roles in Pfizer R&D, Parke-Davis/Warner-Lambert, and Lilly Research Laboratories. His experience includes pre-IND development, proof of concept to registration development, launch and lifecycle management in  anxiety, depression, epilepsy, neuropathic pain, schizophrenia, traumatic brain injury, and Alzheimer’s and Parkinson’s disease. Most recently he was also instrumental in the NDA and MAA submission and approval of medicines for asthma, COPD, HIV and cancer.

Atul is a psychiatrist and Fellow of several scientific societies. He began his career as a faculty member at the University of Michigan Medical School where his research focused on mood disorders. He has published over 50 peer-reviewed scientific papers and over 100 abstracts, book chapters, and book reviews.

In addition to consulting for small and large pharmaceutical companies, Atul is an independent director of Axovant Sciences (NYSE:AXON) and a non-executive board member of Autifony Therapeutics Ltd and Heptares Therapeutics Ltd, both London-based pharmaceutical companies. He also serves on the Scientific Advisory Board of Cennerv Ltd, a London-based medicine development company.

EXPERT ANALYSIS
We Respect Your Ideas and we listen to you